The new foreign investment law (“FIL“) enacted by the Myanmar government on 2 November 2012 paved the way for much needed foreign investment in a country emerging from five decades of authoritarian military rule. With a population of over 60 million people, significant natural resources and a strategic location in the heart of Asia between India and China, Myanmar is widely regarded as the last sizeable economy in Asia that has remained largely untapped and undeveloped. There are visible signs that Myanmar is on the path to realising its full economic potential. In Fiscal Year 2012-2013, Myanmar attracted US$2.7 billion in foreign direct investment and this figure is likely to increase in the coming years.

This article provides an overview of the legal framework for foreign investment in Myanmar and covers the following areas:

This article is not meant to be a comprehensive guide to foreign investment in Myanmar and should not be relied upon as a substitute for specific legal advice.

Key aspects of the new FIL

The new FIL enacted by the Myanmar government on 2 November 2012, replaces the Foreign Investment Law (1988). The new FIL, which improves incentives offered to foreign investors but imposes a number of restrictions on the nature and extent of foreign investment in Myanmar, is supplemented by inter alia Notifications 1/2013 and 11/2013 which were issued on 31 January 2013.

Under the new FIL, foreign investors may own up to 100% of the capital in foreign-invested companies for the vast majority of businesses. Investments may be carried out in any of the following forms:

While the new FIL sets out the requirements for foreign-invested companies and foreign projects in Myanmar, it must be read together with other laws and regulations on businesses, including the Myanmar Companies Act 1914 (“MCA“) and the Myanmar Partnership Act 1932 (“PA“), which continue to regulate investments and corporate governance in Myanmar. The new FIL is administered by the Myanmar Investment Commission (“MIC“), which has broad discretion over foreign investment proposals in Myanmar.

The percentage of foreign ownership permitted in a Myanmar company will depend on the type of business activity undertaken by the company. A 100% foreign-owned company is permitted for the vast majority of businesses, except for businesses falling into one of the following three categories (as prescribed by Notification 1/2013):

Foreign ownership is permitted only if specific condition(s) are met (which may include obtaining specific approvals from a Ministry or government organization).

There are restrictions on the employment of foreign employees by a foreign investor, as illustrated in the following table:

Only Myanmar nationals may be employed.

The new FIL provides that a minimum percentage of Myanmar nationals must be employed within the first six years following commencement of business:

*Foreign investors are required to provide training to increase the proficiency and skills of Myanmar nationals in order to meet the prescribed minimum percentage of Myanmar employees under the new FIL.

Foreign investors may be entitled to, inter alia, the following key tax exemptions and reliefs:

Foreign investors are prohibited from owning land in Myanmar. However, investors may lease land from private parties or the Myanmar government for a term of up to 50 years, which may be extended for two further terms of 10 years each, subject to the approval of the MIC. The term of a lease may also be limited to the expected lifespan of the business. The MIC may, on a case to case basis, grant lease terms exceeding 50 years to investors who choose to invest in the less developed areas of Myanmar.

Foreign investors are advised to obtain a foreign investment permit from the MIC, in order to be eligible for benefits and incentives under the new FIL. The new FIL confers on the MIC discretionary powers to accept proposals which are beneficial to the interests of Myanmar and which are not contrary to public policy or existing laws.

Forms of business structures in Myanmar

Foreign investors may choose to invest in Myanmar through one of the following business structures:

Foreign investors may choose to either register their company under the MCA or the new FIL:

The new FIL has resulted in the following key developments:

On 17 December 2013, the Multilateral Investment Guarantee Agency (“MIGA“), which is the political risk insurance and credit enhancement arm of the World Bank Group, announced that Myanmar was admitted as its 180th member after fulfilling all the relevant criteria. Myanmar’s membership in MIGA is timely as it offers investors some level of protection against risks associated with transfer restrictions, expropriation, breaches of contract, war and civil disturbance.

Accession to the New York Convention

Myanmar formally acceded to the New York Convention on the Recognition and Enforcement of Foreign Arbitral Awards 1959 (the “Convention“) on 15 July 2013. The Convention obliges the local courts to give effect to contractual provisions which provide for the resolution of disputes through arbitration and to recognize and enforce foreign arbitral awards. Under the Convention, foreign investors are able to choose a neutral offshore forum for the resolution of disputes over local courts, if parties have contractually agreed to arbitration. However, some uncertainties remain as Myanmar has not introduced domestic legislation to give effect to its obligations under the Convention. Currently, the courts are not obliged to recognize and give effect to foreign arbitral awards or contractual terms providing for dispute resolution through arbitration. Nevertheless, the new FIL recognizes foreign investors’ rights to resolve their disputes through offshore arbitration and the legal industry anticipates that the new Arbitration Act will be passed by the end of 2014. The new Arbitration Act will likely be based on the UNICITRAL Model Law on International Commercial Arbitration, in line with international best practice. Myanmar is also a party to several bilateral and multilateral investment treaties, including the ASEAN-Australia-New Zealand Free Trade Area and the ASEAN Comprehensive Investment Agreement (“ACIA“), allowing disputing investors recourse to alternative dispute resolutions, including arbitration. In particular, the ACIA encourages prompt management of conflicts through conciliation and mediation between disputing parties.

Future developments to foreign investment in Myanmar are currently in the pipeline, the key of which include:

The Myanmar Stock Exchange is scheduled to open in 2015, following the enactment of the Securities and Exchange Law 2013 (“SEL“) on 31 July 2013. The SEL sets the framework for the establishment of the Myanmar Stock Exchange (“Exchange“) and the Securities and Exchange Commission, which will oversee and supervise the securities market. Further development to the rules and regulations under the SEL will shed light on how the Exchange will function.

At the Myanmar Global Investment Forum held in September 2013, the Myanmar government announced its plans to pass a new Companies Act by the end of 2014. The current Companies Act has been in existence since 1914 and has not been revised for the past 100 years. The new Companies Act aims to improve transparency and will provide new rules governing the operation of companies in Myanmar.

The entry of foreign banks into Myanmar

The New Central Bank of Myanmar Law (“CBML“) enacted on 11 July 2013, confers on the Central Bank of Myanmar autonomy and authority to act independently of the Ministry of Finance. The CBML is set to radically alter the regulation of the financial industry in Myanmar and will pave the way to more international participation in the industry. Foreign banks are currently not allowed to operate and provide financial services in Myanmar. However, plans are in place to gradually allow the participation of foreign banks, initially through joint ventures with local banks. Eventually, the hope is that foreign banks will be permitted to operate and provide financial services through wholly-owned subsidiaries and branches.

Our experience and how we can assist you

With a talent for cross-border transactions and a strong network of international contacts, CNP has, in collaboration with Myanmar lawyers, provided legal services to clients involved in transactions in Myanmar. Most recently in 2013, CNPLaw acted for Alliance Brewery Company Limited, in its joint venture with Asia Pacific Breweries Limited – a subsidiary of Heineken N.V., to build and operate a brewery in Myanmar.

In recognition of Myanmar’s vast economic potential, CNPLaw formed a strategic association with a leading Myanmar law firm, Fame Myanmar Co Ltd in January 2014. The strategic association will leverage on the relevant capabilities and resources of both law firms, enabling CNPLaw to better serve the needs and interests of our clients in Myanmar.

Get To Know The Authors
The Relevant Practices 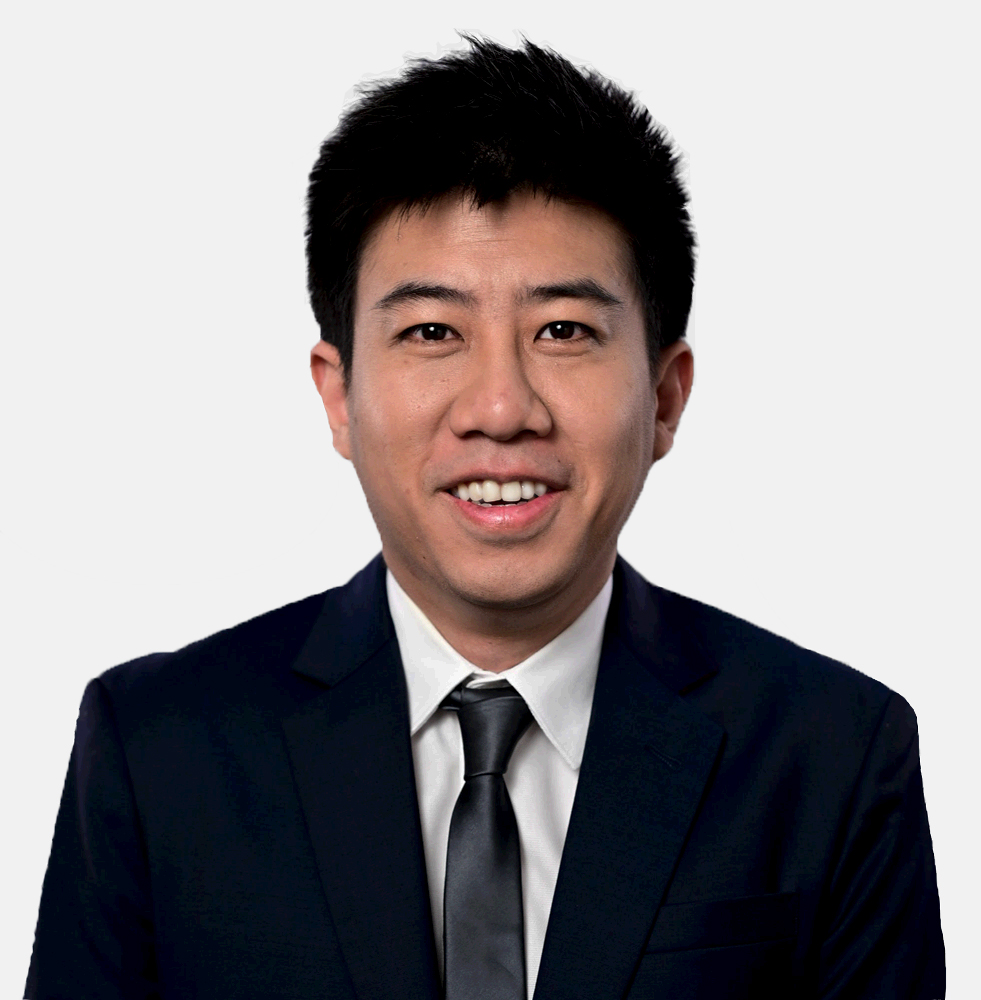 There are numerous commercial drivers behind the rising popularity of joint ventures as a business/investment structure, including obtaining access to new markets within and across jurisdictions and harnessing the synergies of complementary skill sets.

By advising on how the joint venture should be structured along with related issues, such as the sharing of intellectual property and tax considerations, and documenting the terms of the party’s collaboration, our corporate lawyers help drive your joint venture ideas forward.

We continue to provide support to the joint venture throughout the course of its lifespan by preparing service agreements and other commercial agreements relevant to its operations.

In addition to offering legal insights, our lawyers are experienced at advancing our clients’ interests while being attuned to the ongoing and developing relationship between the respective parties. This contributes towards fostering a spirit of trust which is the cornerstone of any successful joint venture.