When a Claim for payment is not a Payment Claim 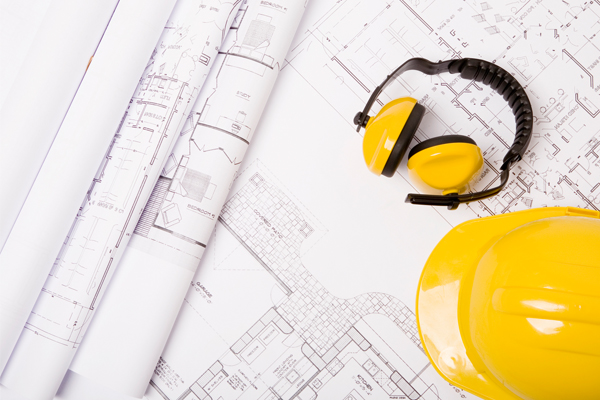 When a Claim for payment is not a Payment Claim

Cash flow is and always has been the lifeblood of the construction industry. Without adequate cash flow, contractors and subcontractors find themselves in the invidious situation of having to finance construction projects on their own. The lack of proper financial resources will have a negative impact on the regular progress of these projects thereby causing a substantial delay in their completion. In extreme cases, building projects come to a complete standstill when the contractor, no longer able to bear the burden of its financial commitments, collapses into insolvency.

In the years prior to 2005, undesirable practices that stifled cash flow were prevalent within the construction industry. These ranged from reliance on “pay when paid” clauses in construction contracts to raising any number of unmeritorious disputes against claims for payment in an effort to deny or delay due payment to the contractor. The situation became even more acute during the financial crisis when numerous construction firms in Singapore faced financial demise.

In an effort to arrest this situation, the Building and Construction Industry Security of Payment Act (the “Act”) was passed. The Act came into effect on 1st April 2005 with the stated objective of implementing changes to payment obligations across the construction industry landscape and to ensure the smooth completion of building projects in Singapore through the improvement of cash flow. The mechanism through which this objective was to be achieved was the statutory adjudication process.

The adjudication process places great emphasis on quick resolution of payment disputes in construction projects. Contractors and Subcontractors who face payment issues during the course of a project are now able to submit their payment claims to an adjudicator and obtain quick relief rather than await the completion of the project before submitting their claim under a more formal dispute resolution process such as arbitration.

The adjudication process stipulates short timelines and a failure to comply with these timelines means that the defaulting party will have to face dire consequences. The process is commenced by the Claimant serving a Payment Claim on the Respondent. After receiving this Payment Claim, the Respondent will prepare and serve a Payment Response which sets out the reasons that entitle the Respondent to withhold payment to the Claimant. Upon receipt of this Payment Response, the Claimant will have to decide whether to refer the dispute to an adjudicator. If it decides to do so, it will file and serve an Adjudication Application and the Respondent will in turn answer the claim by way of an Adjudication Response.

In this context, one key provision is Section 15(3) of the Act. That Section provides that where a Respondent fails to provide any reasons for withholding payment in its Payment Response, it will not be permitted to raise those reasons later in its Adjudication Response. The Response to a Payment Claim, therefore, takes on a very significant role in the adjudication process. A Respondent’s omission, through inadvertence or otherwise, to respond to the Payment Claim is tantamount to the Respondent conceding to an adjudication order in terms of the Payment Claim.

This begs a very important question – when is a claim for payment by a contractor regarded as a Payment Claim under the Act thereby requiring a Respondent to respond to it by way of a Payment Response.

The form and content of a Payment Claim is prescribed in the Act and the Regulations issued under the Act. Section 10(3) of the Act provides that a Payment Claim shall state the claimed amount and shall be made in such form and manner and contain such information as prescribed. Rule 5(2) of the Building and Construction Industry Security of Payment Regulations (RG1, 2006 Rev Ed) (the “Regulations”) prescribes that a payment claim shall simply be in writing, identify the contract to which the claim relates and contain details of the claimed amount.

It is significant that neither the Act nor the Regulations require the Claimant to identify or expressly state in the Claim that it is a Payment Claim made under the Act. This means that a simple claim for payment by a contractor in the course of a project could be regarded as a Payment Claim under the Act even if the contractor did not intend such a claim to be one. On the other hand, the Respondent is required to exercise an abundance of caution by serving a Payment Response to each and every claim for payment it receives in the course of a project so that it is not caught out by Section 15(3) of the Act. This lack of a requirement to expressly identify a claim as a Payment Claim under the Act gave rise to confusion and placed the potential Respondent in a very impractical situation.

This issue was recently considered by the Singapore High Court in the decision of SUNGDO ENGINEERING & CONSTRUCTION (S) PTE LTD V ITALCOR PTE LTD [2010] SGHC 105. In that case, the defendant was a subcontractor engaged by the plaintiff to provide services for chilled water piping for the construction of a wafer plant at Tampines Industrial Avenue. In the course of the project, disputes arose between the parties with regards to payment for works completed by the defendant.

The High Court allowed the plaintiff’s application and set aside the adjudication order. The Court ruled that the 2008 Letter did not constitute a valid Payment Claim under the Act even though the 2008 Letter complied with all the requirements as to form and content prescribed in the Act and the Regulations.

This case serves as an important reminder to future claimants under the adjudication process to ensure that when Payment Claims are drafted, express and appropriate references to the Act are made in the document so that the potential Respondent is left in no doubt that the claim for payment is indeed a Payment Claim under the Act.

[1] The phrase “instrument of oppression” was used by the Court in SUNGDO ENGINEERING & CONSTRUCTION (S) PTE LTD V ITALCOR PTE LTD [2010] SGHC 105 at paragraph 21 of the decision.

Disclaimer: This update is provided to you for general information only and should not be relied upon as legal advice.

Get To Know The Author

Subra’s practice has been primarily in the field of commercial litigation and arbitration. He heads the firm’s International Arbitration and Construction, Engineering and Infrastructure teams. The Legal 500 Asia Pacific 2020 has also recommended Subra for Dispute Resolution.