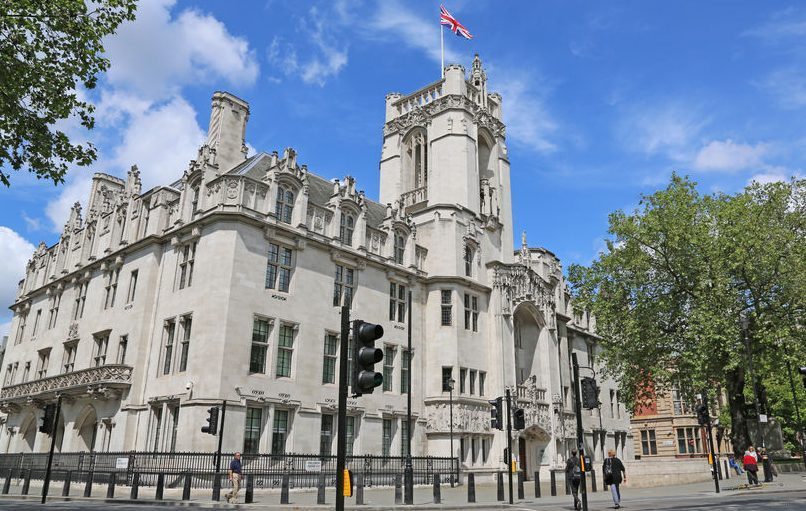 When a portion of a post-employment clause is found to be in unreasonable restraint of trade, in what circumstances should the court sever the offending portion, leaving the employee bound by the remainder of the clause? The UK Supreme Court considered this issue in Tillman v Egon Zehnder Ltd [2019] UKSC 32 and held that the offending portion of a non-compete clause was to be severed.

In 2003, Egon Zehnder Ltd (“EZ”), a UK subsidiary of a worldwide group in the business of specialist executive search and recruitment, hired Ms. Tillman to work in its financial services department.

Ms. Tillman’s employment contract contained five restraints upon her activities in the six months following the end of her employment. One of the restraints was that Ms Tillman would not “directly or indirectly engage or be concerned or interested in any business” in competition with any of the businesses of EZ or any company in the group (“the Non-competition Covenant”).

In 2017, Ms. Tillman’s employment was terminated and she subsequently informed EZ that she intended to start work at a competitor. Ms. Tillman alleged that the Non-competition Covenant was in unreasonable restraint of trade and thus void. She argued that the effect of the portion of the Non-competition Covenant to not be “interested” in competing businesses was to unreasonably prohibit her from holding even a minority shareholding in such businesses.

EZ applied for an interim injunction to restrain Ms Tillman’s entry into the proposed employment.

The issues before the Supreme Court were:

The Supreme Court unanimously allowed the appeal by EZ and restored the injunction, which was previously set aside by the Court of Appeal.

Issue (A): Doctrine against the restraint of trade

Assuming that the word “interested” prohibited Ms. Tillman from holding shares in the competing businesses, the Supreme Court found that such restraint on shareholding was part of the restraint on Ms. Tillman’s ability to work in the immediate aftermath of her employment.

The Supreme Court held that it was not surprising that EZ, in seeking to protect itself against competing activity by Ms. Tillman in the immediate aftermath of her employment, should have aspired to prohibit her from holding shares. Any controlling shareholding on Ms Tillman’s part would enable her to direct the competitor’s operations. Even a minority shareholding, e.g. 25%, would enable Ms Tillman to influence its operations.

During the proceedings, EZ had argued that the word “interested” did not cover a shareholding once the validity principle was applied. The validity principle provides that in circumstances in which a clause is capable of having two meanings, one which would result in it being void and the other being valid, the latter meaning should be preferred.

In determining whether the offending portion “or interested” could be severed from the Non-competition Covenant, the Supreme Court affirmed that the following three criteria, which were previously laid down by the English Court of Appeal in an earlier case, Beckett Investment Management Group Ltd v Hall [2007] EWCA Civ 613 (“Beckett”), would apply.

The first criterion is that the unenforceable provision is capable of being removed without the necessity of adding to or modifying the wording of what remains. This is known as the “blue pencil” test.

The second criterion is that the remaining terms have to continue to be supported by adequate consideration. This criterion can be ignored in the usual post-employment situations, as employers who ask the courts to sever and remove part of a restrictive covenant typically do not ask to reduce the consideration (i.e. compensation payable to the employee).

The third criterion is that the removal of the provision would not generate any major change in the overall effect of all the post-employment restraints in the contract. Notably, the Supreme Court chose to phrase this third criterion differently from the original third criterion in Beckett, the latter being that “the removal of the unenforceable provision does not so change the character of the contract that it becomes ‘not the sort of contract that the parties entered into at all’”. In respect of this rephrased third criterion, the Supreme Court emphasised that it was for the employers to establish that the removal would not generate any such major change. The focus is on the legal effect of the restraint(s), which will remain constant.

This decision provided clarity in respect of the validity principle and the three criteria applicable to the severance of provisions found to be in unreasonable restraint of trade. However, it remains to be seen what exactly would constitute a “major change” in the overall effect of all the post-employment restraints under the third criterion.

It bears noting that the three criteria in Beckett were affirmed by the High Court of Singapore in Lek Gwee Noi v Humming Flowers & Gifts Pte Ltd [2014] 3 SLR 27 (“Humming”). In Humming, the High Court of Singapore found that the proposed severance of the offending limb of the restrictive covenant in question would not meet any of the three criteria in Beckett. As such, the approach to severance in Tillman does not differ materially from the position taken by the Singapore courts.

Interestingly, in Humming, the High Court of Singapore also considered whether the severance would be consistent with the public policy underlying the avoidance of the offending portion. This was a fourth requirement suggested in the dictum of an earlier English case, Marshall v N M Financial Management Ltd [1995] 4 All ER 785. While the Supreme Court in Tillman made reference to this suggested fourth requirement (at [71] of the judgment), the Supreme Court did not endorse this requirement as an express criterion for determining if an offending portion should be severed.

While employers might find relief in the fact that restrictive covenants can be enforceable following the severance of offending portions, there are possible cost implications in such situations. On the issue of costs, the Supreme Court characterised the unreasonable parts of post-employment restrictions as “legal litter” which cast an unfair burden on others to clear them up. Though the application was decided in favour of EZ, the Supreme Court cautioned that there might be a “sting in the tail” for EZ.

As always, employers should ensure that post-termination restrictions are carefully drafted to the extent that the restrictions are reasonably necessary to protect their legitimate proprietary interests, and tailored according to the role of the particular employee. At the end of the day, each case is decided on the facts peculiar to the employment.