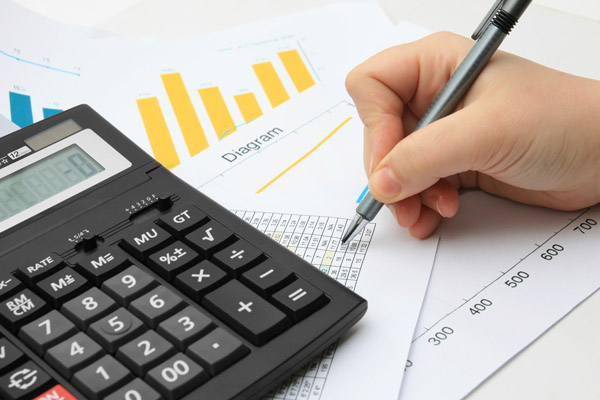 Singapore is moving fast to improve its regulatory framework and network of cooperation treaties in order to ensure its compliance with international standards on mutual exchange of information and on the repression of tax offences. Singapore actions on the international scene are concomitant with recent developments to designate tax crimes as money laundering predicate offences creating new obligations for financial institutions.

On Wednesday 29 May 2013, Singapore signed the Convention on Mutual Administrative Assistance in Tax Matters, a Convention drafted by the OECD in order to enhance the international cooperation on the exchange of tax-related information but also to facilitate the collection of taxes among the signatories. This Convention has now been entered into by 55 countries and 6 other agreed to sign it soon[1].

To ensure greater flexibility, the signatories are allowed to make reservations on certain provisions such as the scope of taxes covered or on the type of assistance to be provided. The Convention also permits signatories to withdraw fairly easily any of its reservations. We can expect some of the countries to reject at least for now the assistance in collection of the other Parties’ taxes. In any case, the Convention provides for reciprocity and where a reservation is made, the country cannot enforce the equivalent provisions against the other States. Singapore has not provided yet the list of the reservations it intends to make on the Convention’s provisions. A list of the reservations already made by some of the Signatories is available here.

Singapore is also taking substantial steps to toughen its national tax legislation. In October 2012, MAS issued a consultation paper to seek feedback on the designation as from 1 July 2013 of tax crimes like money laundering (ML) predicate offences. This change of status will have a substantial impact for Singapore financial institutions (FI) including inter alia banks, insurance companies and market license holders. FIs may face criminal prosecution for laundering the proceeds of criminal activities when they hold the proceeds of tax crimes; i.e. a holding such proceeds is a serious offence under the Corruption, Drug Trafficking and Other Serious Crimes Act (CDSA) (please refer to schedule 2 of the Act for a list of serious offences). In this respect, FIs may be sentenced to fines up to SGD 1m, confiscation of the benefits and withdrawal of their licenses. Individuals may be sentenced to fines of SGD 500,000 and up to 7 years of imprisonment.

On 28 March 2013, the MAS issued a response to the feedback received during the October 2012 public consultation exercise.

Tax offences concerned: The offences relating to tax crimes will be treated under the same regime as the other ML predicate offences thus triggering the prohibition to hold the proceeds of such crimes. These offences can be found either:

Dual criminality principle: FIs will have to keep in mind that the principle of dual criminality applies. Thus to qualify as an ML predicate offence, the tax crime must (i) be an offence in the foreign jurisdiction and (ii) should it have happened in Singapore, be regarded as a predicate offence in Singapore. This principle will, however, be limited as MAS reminded industry players that this does not exempt the FIs, based on regulatory requirements, from taking steps not to hold assets “where there are reasonable grounds to suspect that they are proceeds of willful or fraudulent tax evasion (be it domestic or foreign)“.

Review of accounts and Risk-based analysis: MAS said that “FIs are expected to review whether their existing Anti-Money Laundering/Combating the Financing of Terrorism (AML/CFT) policies […] remain effective taking into account the nature of the offences being designated.” By 30 June 2013, FIs are expected to review all “high tax risk”. This deadline is extended to 30 June 2014 for all other accounts only where FIs can evidence that they do not pose a “high tax-risk”.

In this respect, MAS recommends FIs to obtain additional information from their clients and identify red-flag indicators such as the use of complex financial schemes. Some uncertainty remains on the use of a “Risk-Based Approach” when enhancing internal policies and controls to include the new offences. The MAS allowed the use of such policies and referred to FATF standards (accessible here). MAS did not comment on whether the FIs should use “sector-specific” factors; rather, “all the relevant factors” are expected to be taken into account.

STR – In compliance with MAS AML/CFT notices, FIs will be required to file suspicious transaction reports (STR) on any assets it holds as at 1 July 2013 that it knows or has reasonable grounds to suspect are proceeds of the tax offences under the CDSA. This obligation extends to both new and existing accounts.

It has to be noted that for FIs to be protected from violation of their professional secrecy obligations they will have to make sure that the tax evaded is of a type imposed in Singapore.

Level of expectation from MAS – MAS reminded FIs they are not expected to determine if their clients are fully compliant with all their relevant tax obligations. Rather, FIs should assess if there are reasons to suspect that a client’s assets are the proceeds of serious offences such as fraudulent or willful tax evasion, file suspicious transactions reports and apply appropriate risk mitigation and control measures. MAS expects FI’s to apply risks assessment and mitigation controls to prevent the holding of assets “where there are reasonable grounds to suspect that they are proceeds of willful or fraudulent tax evasion (be it domestic or foreign)“

Amendment of corresponding MAS Notices – MAS announced it will implement new relevant notices before the end of 2013 in this respect for each of the different FIs.

[2] The standard clause on the exchange of information is to be found in the 2002 Model Agreement on Exchange of Information on Tax Matters drafted by the OECD. In April 2013, the Global Forum peer committee conducted an audit of all the conventions containing EOI clauses entered by Singapore and found that all the international conventions entered into since 2009 were compliant with the Global Forum standard. For more information on the audit of Singapore EOI agreements, please visit http://www.eoi-tax.org/jurisdictions/SG#agreements.