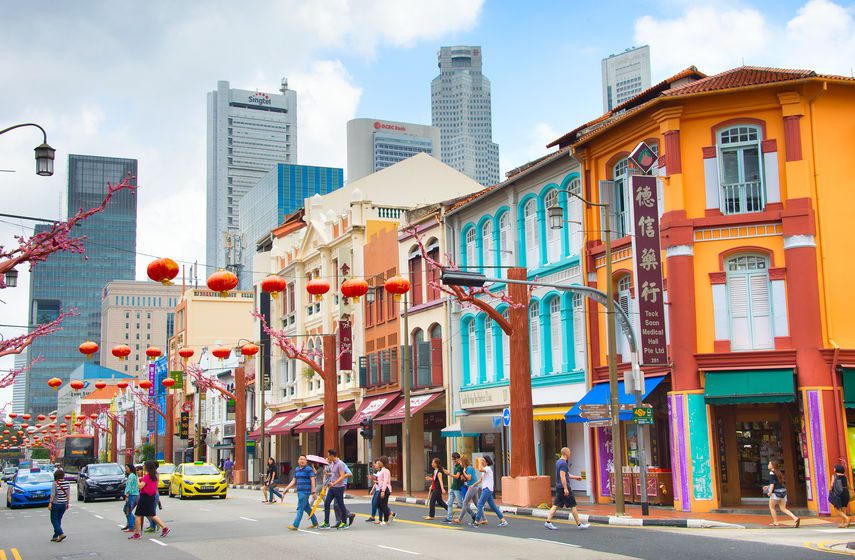 Since the announcement of the Unity Budget a month ago, the global Covid-19 crisis has engulfed even economic heavyweights such as the United States. While Singapore is not in a position to steer the current global economic situation, the Singapore Government has acted promptly and decisively to further mitigate the impact of the pandemic domestically. Preliminary economic data shows that the domestic economy contracted by 2.2 per cent year-on-year in the first quarter of 2020, and real GDP has been forecasted to contract by 1 to 4 per cent in 2020. Against this gloomy backdrop, Deputy Prime Minister Heng Swee Keat introduced the Resilience Budget in a ministerial statement addressed to Parliament on 26 March 2020. The Resilience Budget is a supplement to the S$6.4 billion initially set aside to tackle Covid-19 under the Unity Budget, as announced in the Budget 2020. The Resilience Budget, valued at S$48 billion, dwarfs the S$20.5 billion stimulus package unveiled in the wake of the global financial crisis of 2008. It will benefit mostly businesses in the worst affected industries by providing tax relief and subsidies, as well as the workforce, with a focus on the self-employed.

The Jobs Support Scheme was launched under the Unity Budget with the aim of helping enterprises retain their local employees (i.e. Singapore citizens and Permanent Residents) during this period of economic uncertainty. It has since been enhanced to include higher support levels and a longer support duration. Employers will now receive a 25 per cent cash grant, up from 8 per cent originally, on the gross monthly wages of each local employee on their Central Provident Fund payroll. Furthermore, the monthly wage cap has been raised to S$4,600, up from S$3,600. The JSS has also been extended to cover nine months of wages, up from the original three. The payout from the scheme will now take place in two additional tranches. The three tranches of payouts will cover wages paid in October 2019 to December 2019, February 2020 to April 2020 and May 2020 to July 2020 respectively.

The JSS will be administered by the Inland Revenue Authority of Singapore, and employers need not apply for the Scheme. IRAS will notify eligible employers by post, and these employers can expect to receive the first tranche of payouts under the JSS from IRAS at any time from end-May to end-July.

All employers who have made contributions to their resident employees’ Central Provident Fund accounts will qualify. Exceptions to the JSS include local Government agencies, Government and Government-aided schools and unregistered local and foreign entities.

To ease the cash flow of companies and self-employed persons, the Singapore Government will grant an automatic three-month deferment of their income tax payments. This is an interim cash flow measure to complement the other measures announced in the Unity Budget and the Resilience Budget, which will be implemented progressively through the year.

All income tax payments due in April to June 2020 will be deferred automatically for companies. IRAS will not make any GIRO deductions for companies for this period. This is on top of the corporate income tax rebate of 25 per cent of tax payable, capped at S$15,000, for the Year of Assessment 2020.

For individuals, income tax payments due in May to July 2020 can be deferred as well, but the deferment does not take place automatically. Instead, a form (which can be accessed here) has to be submitted to IRAS.

Apart from the enhanced JSS available, the aviation sector will also receive an Enhanced Aviation Support Package comprising of S$350 million to provide cost relief to affected businesses in the aviation sector and to maintain a minimum level of air connectivity to allow overseas Singaporeans to return to Singapore and for the transportation of goods to keep our supply chains open. Under this Package, airlines, ground handlers and the cargo sector will receive relevant rebates such as landing charge rebates and rebates on rental paid for lounges and offices within Changi Airport terminal buildings.

The Civil Aviation Authority of Singapore will also partially or fully defer payments of certain fees due from Singapore carriers and the airport operator for the period between April 2020 to March 2021 to help ease their cash flow. The fees applicable for deferment include: fees paid by Singapore-based airlines operating scheduled flights and fees paid by airport operators, valued at about S$140 million.

The Training Industry Professionals in Tourism (TIP-iT) grant aims to encourage companies in upgrading the talents and developing the leadership skills of their employees by subsidising costs associated with such programmes commencing between March 2020 and December 2020. Enhanced support under the TIP-iT will increase the maximum support levels to 90 per cent for course fees and trainer fees, and 90 per cent of basic hourly salary for absentee payroll, capped at S$10 per hour for qualifying applicants. Only businesses and companies registered in Singapore will qualify.

The Point-to-Point Support Package will be enhanced by a value of S$95 million. From the months of May 2020 to September 2020, taxi main hirers and full-time private hire car drivers will continue to receive relief of S$300 per vehicle per month under the Special Relief Fund (SRF). This is expected to benefit more than 40,000 drivers. The eligibility criteria has yet to be determined and will be released subsequently. Point-to-point operators can expect licence fee waivers to be extended for another six months, totalling to about S$3 million in value. Operators are strongly encouraged to pass on the savings to their drivers. S$12 million will be set aside to help taxi operators defray the costs of their growing unhired fleet, which will be passed on to drivers in the form of rental reductions and waiver of early return contract breakage costs. A one-time waiver of S$100 private hire care vehicle outward conversion fee will be available from May 2020 to September 2020. Vehicle owners who convert their private hire cars to private cars can enjoy lower insurance premiums as well. This is to help ease a private hire car driver’s transition to other work or to pursue government supported training opportunities.

Non-residential properties will be granted an enhanced rebate for property tax payable for the period of 1 January 2020 to 31 December 2020.

A 100 per cent property tax rebate will be available to qualifying commercial properties such as hotels, serviced apartments, tourist attractions, shops and restaurants. This is up from the 30 percent tax rebate under the Budget 2020. A 60 per cent rebate, up from the original 10 per cent, will be available for the Integrated Resorts, while other non-residential properties, such as petrol stations and warehouses, will qualify for a 30 per cent rebate.

The Temporary Bridging Loan Programme was introduced in the Unity Budget to provide additional cash flow support for the tourism sector enterprises. Under the Resilience Budget, the TBLP will now be expanded to all sectors from April 2020. The maximum loan quantum has been raised from S$1 million to S$5 million. The TBLP is available to both Small and Medium Enterprises and non-SMEs who are business entities registered and physically present in Singapore, with a minimum of 30% local equity.

An economy wide financing measure, the Enterprise Financing Scheme – SME Working Capital Loan (EFS-WCL), available to SMEs across all industries, was introduced in 2016, and was already enhanced for one year under the Unity Budget. To provide SMEs with stronger support for their working capital needs, the EFS-WCL will be further enhanced from April 2020 to March 2021 under the Resilience Budget. The maximum loan quantum, initially raised from S$300,000 to S$600,000 under the Unity Budget, will be further raised to S$1 million per borrower.

More details on the Resilience Budget and its full transcript can be found here.

Companies periodically assess and deliberate ways to improve their financial results, and one way of achieving this may be through a successful corporate restructuring exercise, undertaken pursuant to the applicable laws.

A corporate restructuring exercise may involve the acquisition, disposal, consolidation or amalgamation of assets or shares. Other reasons that may compel a company to restructure may be to prepare the company for a sale, merger or management buyout. In almost all cases, legal and financial reasons will dictate the approach and outcome.

By leveraging on our corporate and insolvency law practices within the firm, we aim to help clients achieve their restructuring objectives by offering strategic advance planning, assessing the possible business outcomes and legal restrictions, and managing the interests of the stakeholders involved, namely the shareholders, creditors, customers, and employees.