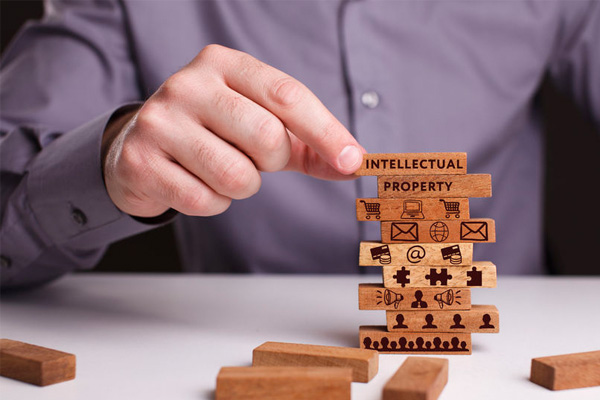 Brand extension is not uncommon nowadays as we see more and more popular brands branching out and going beyond the business for which they are originally known for. We have seen McDonald’s ventured into the coffee shop business with McCafe; Nescafe selling their own coffee machines, and popular chocolate bars having their ice cream versions.

This is one of the issues discussed in this opposition lodged by the French conglomerate Moet Hennessy Louis Vuitton S.A. (“LVMH“), the owner of the fashion brand “KENZO”, against the application to protect the mark “KENZO ESTATE” in Singapore for wines, liquors and alcoholic beverages filed by Tsujimoto Kenzo. According to LVMH, it is common for fashion houses to lend their names or endorse alcoholic beverages, and thus a connection could be drawn between the fashion brand “KENZO” and the wines/liquors sold under the “KENZO ESTATE” mark.

Tsujimoto Kenzo (“T. Kenzo“) is the owner of a winery called “Kenzo Estate” in Napa Valley, California and his wines have been served in fine dining restaurants in the United States and Japan since 2008. T. Kenzo holds trademark registrations and applications for the mark “KENZO ESTATE” in respect of wines and liquors in several jurisdictions including the U.S., Japan and Europe. On 21 August 2008, T. Kenzo applied to protect the mark in Singapore.

LVMH owns the Kenzo fashion house founded by Kenzo Takada in 1970 and is engaged in the manufacture and sale of clothing, fragrances, cosmetic/skincare products, houseware, and leather goods. LVMH currently owns trademark registrations for several versions of the “KENZO” mark (“Kenzo Marks”) in Singapore in respect of a variety of goods and services, except for wines and liquors. LVMH had previously registered the “KENZO” mark for wines and liquors but the registration was revoked due to non-use of the mark, upon the application of T. Kenzo.

In 1997, a special cognac named “Hennessy by Kenzo” with a package specially designed by Kenzo Takada was launched by the cognac maker, Hennessy. The special cognac was sold through Duty-Free Shop outlets in Asia and in the U.S.

LVMH lodged an opposition against T. Kenzo’s trademark application before the Hearings and Mediation Group of the Intellectual Property Office of Singapore. LVMH claimed that the “KENZO ESTATE” mark should not be granted protection as it is similar to LVMH’s Kenzo Marks and that the use of the said mark would indicate a connection with LVMH and likely damage its interests. LVMH further claimed that the use of the “KENZO ESTATE” mark will cause dilution in an unfair manner and take unfair advantage of the distinctive character of LVMH’s Kenzo Marks.

The similarity between the marks

To rely on this ground, it must first be established that the Kenzo Marks are well known in Singapore. The Registrar noted that case law has set a low threshold for proving the well-known status of a mark in Singapore. In this case, it is sufficient that the Kenzo Marks are shown to be well known to actual and potential consumers of fashion apparel, fragrances and cosmetic products (i.e. “the relevant sector of the public”) for the same to be considered as well known marks in Singapore. Considering the evidence submitted by LVMH such as sales figures for the years 2006 to 2008 in respect of clothing, perfume and cosmetic products, advertising figures, advertisements in fashion magazines and the participation as the opening act of the 2001 Singapore Fashion Festival, the Registrar found the Kenzo Marks to be well known to the relevant sector of the public in Singapore.

In determining whether the use of a mark would indicate a connection with the owner of another mark, the likelihood of confusion must be established. Several factors are considered in this respect such as the difference in the respective prices of the good and services concerned, the nature of the customer and of the goods/services in question, the degree of similarity between the marks, the imperfect recollection of the average consumer, the locations of sale, the steps taken to differentiate one’s goods or services from the other, and the importance of the goods or services concerned to the consumer.

The Registrar noted that the nature of the respective goods and services of T. Kenzo and of LVMH are very different. T. Kenzo produces wines and liquors while LVMH is engaged in the retail and wholesale of clothing, shoes, perfumes and cosmetic products. LVMH claimed that it is common for fashion houses or fashion designers to lend their names beyond clothing and accessories, which includes alcoholic beverages. In this case, the fashion designer Kenzo Takada himself in 1997 had worked with the cognac maker Hennessy in releasing the “Hennessy by Kenzo” special edition cognac. LVMH further submitted internet printouts showing fashion designers teaming up with manufacturers of alcoholic beverages to produce limited-edition beverages. However, the Registrar was of the view that a close connection between fashion and alcoholic beverages has not been established in this case. Referring to case law, the Registrar stated that a close connection must be that in which the commercial activity concerned can be said to be a natural expansion of the first activity in which the claimant has already established goodwill in.

With respect to the nature of the customers and of the goods and services, the Registrar noted that the fashion-conscious customers who avail of LVMH’s products bearing the Kenzo Marks would likely be the same customers that would go to fine-dining restaurants in Singapore where T. Kenzo’s wines would be served. Thus, it is possible for the same group of customers to encounter both marks. However, given the expensive prices of both LVMH’s goods and T. Kenzo’s wines, the Registrar noted that customers would be more circumspect in their purchases.

LVMH claimed that the use of the “KENZO ESTATE” mark for wines and alcoholic beverages would cause damage to its interests as it would limit the expansion of LVMH’s business into the production of alcoholic beverages. However, in this case, no real evidence of expansion into the liquor industry (or intention to do so) was submitted by LVMH. Further, LVMH did not resist the application by T. Kenzo to revoke its previous trademark registration in Singapore for the word mark “KENZO” for alcoholic beverages, admitting then that LVMH had no intention to enter into the liquor business. With no supporting evidence, the Registrar found LVMH’s claims of damage to be wholly speculative and opportunistic.

The Registrar found that the use of the “KENZO ESTATE” mark would not indicate a confusing connection with LVMH that would likely damage LVMH’s interests.

This specific ground may be relied upon by the owner of a trademark which is considered to be well known to the public at large in Singapore. This status, however, requires a higher degree of recognition wherein the mark must be recognized by most sectors of the public. Enjoying a more extensive level of protection, a trademark which has acquired such a status is protected against the use of an identical or similar mark even if such mark is used for dissimilar goods or services and even in the absence of a likelihood of confusion. Considering the evidence submitted by LVMH with respect to the presence of the Kenzo Marks in Singapore, the Registrar was of the view that the Kenzo Marks do not belong to this rare and exclusive class of trademarks. The Registrar did not move on further to consider the elements of dilution and unfair advantage.

LVMH further claimed that the “KENZO ESTATE” mark must be refused protection as the use of the mark in Singapore would be in violation of the law of passing off and that the trademark application was filed in bad faith. The Registrar, however, found that not all of the essential elements of passing off (i.e. goodwill, misrepresentation and damage) are present in this case. LVMH may have shown that it has goodwill in respect of the goods sold under the Kenzo Marks in Singapore, but LVMH failed to prove that there is actionable misrepresentation. LVMH simply alleged that there was a misrepresentation by T. Kenzo in using the “KENZO ESTATE” mark on his wines and alcoholic beverages. LVMH did not show that there was even an attempt by T. Kenzo to pass off his goods as that of LVMH through any imitation of the get-up of LVMH’s goods. And in the absence of misrepresentation, the Registrar noted that it is not likely that LVMH would have suffered damage.

With respect to bad faith, LVMH alleged that T. Kenzo misappropriated the goodwill in the name “Kenzo” by using the same in the “KENZO ESTATE” mark. Also, LVMH claimed that the unduly wide specification of goods in the trade mark application filed by T. Kenzo showed that it was filed in bad faith. The Registrar emphasized that an allegation of bad faith is a serious one and the burden of proof lies with the claimant. Without sufficient evidence other than a general allegation on T. Kenzo’s misappropriation of the “Kenzo” name, the Registrar found that LVMH had failed to discharge its burden of proving bad faith. The Registrar further held that drafting a specification broadly does not necessarily mean that the application was made in bad faith.

The Registrar held that the opposition failed on all grounds and conferred protection on the “KENZO ESTATE” mark.

In opposing the use and registration of a similar mark, it appears that LVMH may have attempted to rely on the growing practice of brand extension in arguing that their business would still be adversely affected even if the similar mark would be used for a different set of goods. This was bolstered by the fact that LVMH indeed had previously allowed the use of its brand beyond the fashion business. LVMH referred to the relevant provisions of the Singapore Trade Marks Act that allow protection of well-known marks beyond the goods and services for which the marks are originally known for. Such protection, however, is not available in all cases against any identical or similar mark used for dissimilar goods or services. It must still be shown that the use of such identical or similar mark would give rise to a connection with the owner of the well-known mark and such connection could result in damage to the latter’s interests.

Global trade continually exposes the local market to new products and services whilst providing local businesses the opportunity to venture out to international markets. In coping with international and local competition, we can help our clients establish a strong brand image which provides their business with a powerful means of promoting and marketing their products and services. We can also help our clients safeguard their new inventions, which are inevitably vulnerable to exploitation by others when utilized or marketed.

Our services include processing applications to register trademarks, designs, and patents in Singapore as well as worldwide, through our extensive network of foreign associate firms.

At CNPLaw, we offer integrated IP services to domestic and foreign clients from a variety of business sectors. Additionally, CNPLaw handles litigation of complex IP matters and, in our unwavering commitment to ensure enforcement of our clients’ rights.