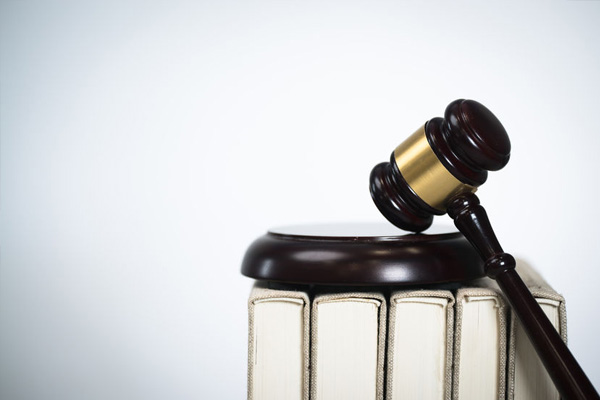 Trade is increasingly becoming borderless changing along with it the traditional approach to insolvency where failures of corporations merely invoke insolvency proceedings of one jurisdiction. In order to keep pace with this changing dimension, the Insolvency Law Review Committee (“ILRC”) was set up to review Singapore’s insolvency regime. The ILRC recommended that Singapore adopt the UNCITRAL Model Law on Cross Border Insolvency (“Model Law”) in an attempt to promote Singapore as an international centre for debt restructuring.

The Model Law establishes a common procedural baseline for the handling of cross-border insolvencies in areas such as:

The Companies (Amendment) Act, 2017, which is in the process of being implemented, adopts the Model Law by adding the Fourteenth Schedule to the Companies Act. These provisions introduce a “judge-led” approach which would provide for the Courts to play a more pro-active role in cooperating and coordinating with courts and insolvency administrators of other jurisdictions.

Other changes to Singapore’s insolvency framework that we learned of through the Ministry of Law’s Public Consultation on the Proposed Amendments to the Companies Act to Strengthen Singapore as an International Centre for Debt Restructuring on 21 October 2016 include:

Judicial management: Amendments will be made to:

The Report of the Committee to Strengthen Singapore as an International Centre for Debt Restructuring issued on 20 April 2016 recommended the adoption of “pre-packaged bankruptcy provisions”, similar to the provisions in the US Bankruptcy Code. These provisions are expected to generate significant time and cost savings and are particularly attractive to large corporate debtors which would otherwise have to spend substantial time in large and complex restructurings and where restructuring plans are to be approved quickly in order to preserve the business operations of the debtors.

The two most commonly used approaches to PrePacks are from the US and the UK. The committee favours the US approach over the UK, largely because the UK procedures are conducted primarily through out-of-court proceedings and involve the sale of debtor’s business to a new entity. The US approach is seen as more flexible and that it involves the court to approve the plan which serves as a good safeguard against potential abuses.

In the event of a dissenting class of creditors, an issue to consider would be whether the debtor would be entitled to use the provisions under Section 211H (Power of the Court to cram down) in order to approve the Pre-Pack.

Certain other recent developments which aid the ambition of Singapore in becoming an international restructuring hub are:

The Judicial Insolvency Network (“JIN”) comprises of insolvency judges from various key commercial jurisdictions around the world, including Australia, British Virgin Islands, Canada, the Cayman Islands, England, Hong Kong, Singapore and the United States of America. The JIN held its first-ever conference in Singapore on 10 and 11 October 2016 where a set of draft guidelines intended to facilitate communication and cooperation between courts of other jurisdictions were prepared for consideration in the judges’ respective jurisdictions. Provisions for joint hearings have also been included in the JIN Guidelines. Whilst the JIN Guidelines have not been made publicly available as yet, it has been reported that they will become publicly available when implemented by anyone of the jurisdictions at the conference. As the JIN Guidelines are the first set of guidelines for court-to-court cooperation and communication developed solely by insolvency judges, the implementation of the JIN Guidelines in the various jurisdictions should be carefully watched. In Singapore, whilst it remains to be seen how the JIN Guidelines will be published or implemented, it is likely that the JIN Guidelines will have a significant impact on the administration of cases involving cross-border insolvency and restructuring. Although, the Singapore Courts’ inherent jurisdiction to assist foreign liquidation proceedings has previously been[1] affirmed by Courts in the decisions of – Beluga, perhaps the presence of an authoritative set of court-to-court communication guidelines could have an influence over the court’s willingness to take up a more proactive role in the cross-border proceedings. The recent decision[2] in Pacific Andes Resources Development Ltd and other matters [2016] SGHC[3] 210 was said to represent a missed opportunity for the use of a protocol for court-to-court communication and cooperation to facilitate the restructuring of Pacific Andes Resources Development Ltd.

The JIN Guidelines are in line with the projected reforms to Singapore’s insolvency legislation. It may be noted that if the proposed changes to the Companies Act are implemented, the amendments allow the court to impose moratoriums with in personam worldwide effect to support schemes of arrangement in Singapore. These would also extend to the imposition of moratoriums on proceedings in respect of subsidiaries, provided that the subsidiary “plays a necessary and integral role in the compromise or arrangement, proposed by the holding company” (under the proposed new s 211C (2)(b) of the Companies Act).

Get To Know The Author(s)
The Relevant Practices

Companies periodically assess and deliberate ways to improve their financial results, and one way of achieving this may be through a successful corporate restructuring exercise, undertaken pursuant to the applicable laws.

A corporate restructuring exercise may involve the acquisition, disposal, consolidation or amalgamation of assets or shares. Other reasons that may compel a company to restructure may be to prepare the company for a sale, merger or management buyout. In almost all cases, legal and financial reasons will dictate the approach and outcome.

By leveraging on our corporate and insolvency law practices within the firm, we aim to help clients achieve their restructuring objectives by offering strategic advance planning, assessing the possible business outcomes and legal restrictions, and managing the interests of the stakeholders involved, namely the shareholders, creditors, customers, and employees.

Our dispute resolution lawyers have worked on matters of various sizes and across industries. Our vast experience enabled us to provide strategic advice on all aspects of insolvency. We have also worked under third party funding arrangements where applicable.