Does an agreement on the division of assets made in contemplation of separation override the law as set out in the Women’s Charter? 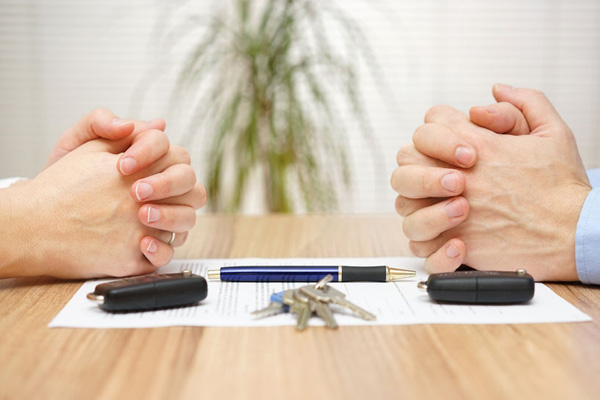 Does an agreement on the division of assets made in contemplation of separation override the law as set out in the Women’s Charter?

The 2 main battlegrounds parties channel their resources towards in divorce proceedings relating to the matrimonial home and assets and the children (unless it is a childless marriage). Each will be battling for a piece of what they feel is rightly theirs. In general, pre-marriage assets, gifts and inheritances are not subject to division, unless the spouse claiming for a share of the same is able to show that there was substantial contribution made by them to these assets, by way of the maintenance or upkeep of those assets, or the spouses enjoyed the use of the assets together. The general principles which guide the court with regard to the division of matrimonial assets are provided for in S112 of the Women’s Charter.

In defining what falls within the ambit of “matrimonial assets” the Courts must apply Section 112 (10) of the Women’s Charter which states that:-

In dealing with the division of matrimonial assets, the Courts used to adopt the traditional approach. The traditional approach is where the Court considers the direct contributions made as a starting point before making adjustments to reflect the non-financial contribution of the parties.[1] The broad-brush approach, on the other hand, takes into consideration the parties’ direct and indirect financial contributions and aims to strike a balance between a just outcome in each case and the need to remain sensitive to the differences in each case. [2]

What happens if upon separation but before the divorce, the parties agree as to how the assets are to be divided and they continue to accumulate, separately, more assets?

In the case of Lian Hwee Choo Phebe v Tan Seng Ong [2012] SGHC 255, parties were married with 4 adult children. Parties had an agreement with regards to the ownership and division of the matrimonial assets and to have no further community of assets between them, each party, having sole ownership of the divided assets and any other assets acquired subsequently. The Court found that even where there is no signed agreement setting out all the terms parties agreed on, this could still be implied from the course of conduct or dealing between parties or from correspondence or other relevant circumstances.

The agreement was enforceable and applicable to the issue of the division of the matrimonial assets. The Court ordered parties to respectively retain 100% share of their respective assets acquired after separation, in consideration of the agreement made. However, in the absence of an agreement, the next issue is what is the cut-off date for assets acquired after separation but before the actual divorce takes place?

The Court of Appeal in Yeo Chong Lin v Tay Ang Choo [2011] 2 SLR 1157 came to the conclusion that while there is no fixed date for the purposes of determining which assets would fall within the pool of matrimonial assets to be distributed, there were 4 possible operative dates:

In cases where parties continued to amass assets during the course of their marriage even though they lived separately, the High Court, in Lee Siew Lin v Oh Choon [2013] SGHC 25, held that any accumulation of assets by the efforts of either party during separation would continue to fall into the pool of matrimonial assets. In that case, parties had been married for 18 years but the husband moved out after 6 years of marriage. There was also no child in the marriage. The High Court decided that parties would then be taken to have continued accumulating matrimonial assets jointly, on the basis that the marriage was still legally subsisting although they were separated. The Court, in this case, awarded the wife 26% share of the assets acquired after separation.

These three cases clarify the issue of assets acquired post-separation and before the divorce. Assets amassed or acquired after parties to marriage separate fall into the pool of assets to be distributed so long as it was acquired before the day the Court hears these issues unless the parties came to an agreement, whether verbal or in writing, which sets out and defines their shares and rights to such assets.