CNPLaw LLP, formerly known as Colin Ng & Partners LLP, recently successfully represented Mdm Wong Swee Hor in a rare action under the Women’s Charter in the High Court in obtaining a declaration that Mdm Wong is a lawful wife of her late husband. We have set out a summary of the case and the decision below.

Mdm Owyang’s marriage to Mr Tan in 1947 and her status as Mr Tan’s wife were not in dispute.

It was Mdm Wong’s case that she was married to Mr Tan in 1957 under Chinese marriage customs as his secondary wife. Mdm Wong asserted that under the applicable law, Mdm Wong is recognised as a secondary wife and is entitled to a share of Mr Tan’s estate. Mdm Wong further asserted that Mr Tan’s conduct was consistent with the intention of Mdm Wong and Mr Tan to form a permanent union as husband and wife.

A pivotal piece of evidence was the inscriptions on one Mdm Phua Siew Mei’s (“Mdm Phua”) tombstone. Mdm Phua was Mr Tan’s late mother. In granting the said declaration sought by Mdm Wong, Justice Woo Bih Li’s (“the Judge”) also made some insightful observations on the applicability of sections 32(1)(e), 32(1)(f) and 52 of the Evidence Act (Cap. 97) with respect to the inscriptions on the tombstone.

It was not in dispute that Mr Tan had already married Mdm Owyang sometime in August 1947, prior to Mdm Wong’s customary marriage in 1957. As such, Mdm Wong had to prove that she was lawfully married to Mr Tan under the law, religion, custom or usage prior to the cut-off date (i.e. 15 September 1961), otherwise, Mdm Wong’s marriage to Mr Tan would be void.

The Judge examined the common law on Chinese customary marriages as it stood prior to 15 September 1961, as summarised below:

If the parties were to live as such publicly so as to acquire the reputation of being man and “tsip” that would also be evidence that the status had been acquired. Mere cohabitation for a considerable period would not by itself be considered sufficient evidence.

Summary of the facts

It was Mdm Wong’s case that she was married to Mr Tan under a Chinese customary marriage. Mdm Wong contended that a wedding dinner was held on 11 January 1957 (of the lunar calendar) or 10 February 1957 (of the Gregorian calendar).

According to a photograph produced by Mdm Wong, her name was inscribed on Mdm Phua’s tombstone as Mdm Phua’s daughter-in-law.

Mdm Wong was served tea at the weddings of Mdm Owyang’s children (ie the 6th to 10th Defendants), while she was seated next to Mr Tan, Mdm Du and Mdm Owyang in a row.

Sometime in 1995, Mr Tan instructed the 7th defendant to make payment for seven niches at a columbarium, four of which were for Mdm Phua, Mdm Owyang, Mr Tan and Mdm Wong. On the niche application form signed by the 7th Defendant, Mdm Wong was, like Mdm Owyang, described as a “mother” to the applicant, the 7th Defendant.

In Mr Tan’s obituary, Mdm Wong was listed as one of his wives.

The 1st to 9th Defendants denied that Mr Tan was lawfully married to Mdm Wong. If he did, any intention to form a permanent union with Mdm Wong pursuant to the applicable law came after the cut-off date, and such marriage was invalid.

Unlike the 1st to 9th Defendants, the 10th Defendant testified that she had accepted Mdm Wong to be Mr Tan’s lawful wife.

The Judge was of the view that the evidence before him tilted in favour of Mdm Wong and held that Mdm Wong is Mr Tan’s lawful wife. In reaching this conclusion, the Judge placed much weight on the niche application form, Mr Tan’s obituary and Mdm Phua’s tombstone.

As for Mr Tan’s obituary, the Judge highlighted that none of the Defendants objected to Mdm Wong being referred to as Mr Tan’s wife in his obituary. This suggested that the Defendants had known all along that Mr Tan had accepted Mdm Wong as his wife.

As stated above, Mdm Wong was named on Mdm Phua’s tombstone as one of her daughters-in-law. Mdm Phua passed away sometime in 1962, and there was evidence to suggest that the tombstone was erected in 1963. Given the close timing of these events to the cut-off date of 15 September 1961, the inscriptions on Mdm Phua’s tombstone became a pivotal piece of evidence. As stated above, it was crucial for Mr Tan to have recognised Mdm Wong as his wife before the cut-off date of 15 September 1961. Otherwise, the marriage would have been deemed invalid.

A key question was whether the inscription on the tombstone was admissible in itself as direct evidence to establish Mdm Wong’s relationship with Mr Tan. Mdm Wong relied on sections 32(1)(e), 32(1)(f) and 52 of the Evidence Act to submit that the inscriptions were admissible in evidence:

or is made in will or deed relating to family affairs;
(f) when the statement relates to the existence of any relationship by blood, marriage or adoption between persons deceased, and is made in any will or deed relating to the affairs of the family to which any such deceased person belonged, or in any family pedigree or upon any tombstone, family portrait or other thing on which such statements are usually made, and when such statement was made before the question in dispute was raised;

Opinion on relationship when relevant 52. – (1) When the court has to form an opinion as to the relationship of one person to another, the opinion expressed by conduct as to the existence of such relationship of any person who as a member of the family or otherwise has special means of knowledge on the subject is a relevant fact. (2) Such opinion shall not be sufficient to prove a marriage in prosecutions under section 494 or 495 of the Penal Code (Cap. 224).

With regard to section 32(1)(f), the Judge noted that the literal reading of the section suggests that the section only applies to establish a relationship when the relationship is of persons who are both deceased. Since Mdm Wong is still alive, the inscriptions on Mdm Phua’s tombstone could not be admitted under this section. However, the Judge took the view that section 32(1)(f) ought not to be so restricted and suggested that such evidence should be admissible leaving the court to decide what weight to give to it. The Judge noted that such a restrictive reading may result in injustice and as such, opined that this section should be reviewed.

In the circumstances, the Judge held that the inscriptions on the tombstone were not admissible under sections 32(1)(e) or 32(1) (f) as direct evidence to prove the relationship between Mr Tan and Mdm Wong.

However, the Judge held that the conduct of Mr Tan and Mr Tan’s family in response to the inscriptions on Mdm Phua’s tombstone could be admissible under section 52 of the Evidence Act on the question of Mdm Wong’s relationship with Mr Tan.

Likewise, since the Defendants did not question or object to Mdm Wong being referred to as Mr Tan’s wife in Mr Tan’s obituary, this would suggest that they believed that their father, Mr Tan, had accepted Mdm Wong as his wife.

In other words, the conduct of these children expressed an opinion on the relationship between Mr Tan and Mdm Wong which is that of husband and wife.

Although the inscriptions on Mdm Phua’s tombstone were factually relevant, the Judge reluctantly held that the inscriptions on Mdm Phua’s tombstone were not admissible as direct evidence to support Mdm Wong’s case, largely due to the restrictive scope of section 32(1)(f) of the Evidence Act. As observed by the Judge, “[i]ronically, the tombstone evidence might be the best evidence which would have been put out of the reach of the court if it were inadmissible.”

Fortunately for Mdm Wong, the conduct of Mr Tan and Mr Tan’s family in response to the inscriptions on Mdm Phua’s tombstone was held to be admissible under section 52 of the Evidence Act. This case highlights the importance for litigants to ensure that the documentary evidence presented to court is admissible under the rules of evidence. Litigants ought to be aware that documents presented before the court are not always admissible as evidence, and they may be barred from relying on certain evidence even if they are factually relevant to the case.

Get To Know The Lawyer 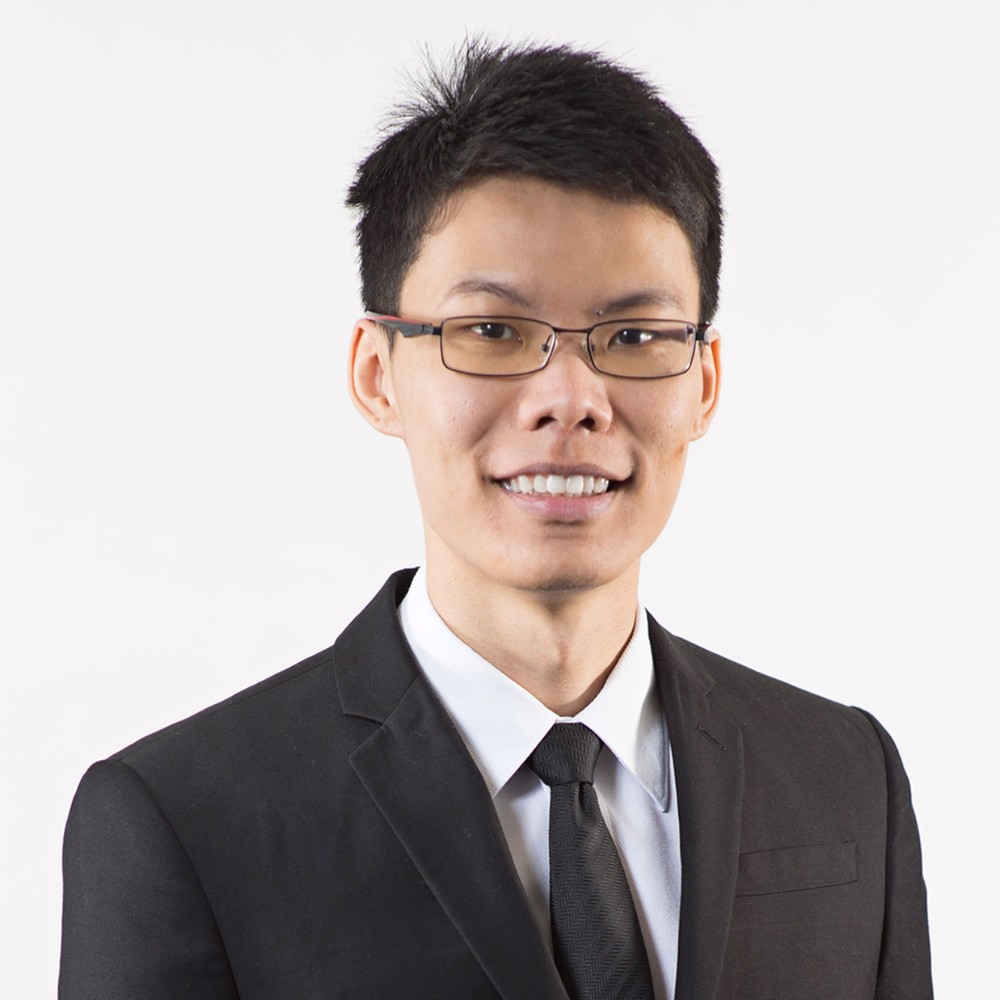