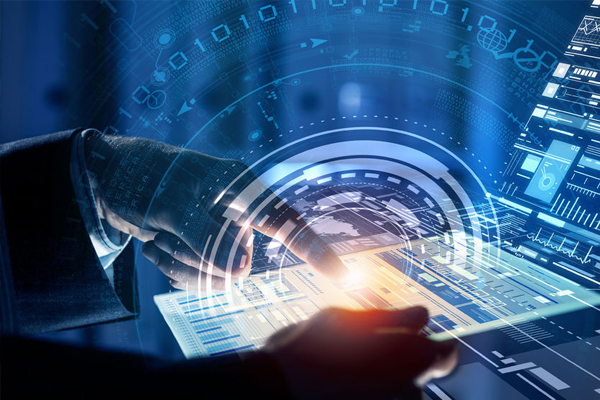 Does the sign “Rose Lady” infringe the registered trademark “Lady Rose” even if the “Rose Lady” sign is used alongside a distinct trademark? Does having less impressive sales figures translate to having trivial goodwill preventing a claim in the tort of passing off?

The foregoing are some of the issues decided by the Court of Appeal in a claim for trademark infringement and passing off by Hai Tong Co (Pte) Ltd (“Hai Tong“) against Ventree Singapore Pte Ltd (“Ventree“) and Sky.

Hai Tong is the registered proprietor of the mark “Lady Rose” (presented in stylised form with a figure of a rose) and is engaged in the business of selling a range of cosmetic products under the said mark. The “Lady Rose” mark has been used in Singapore since 1960. Ventree is also engaged in the business of selling cosmetic products and in 2009 started to import products with the “Rose Lady” brand from a company in South Korea, VOV Cosmetics Co Ltd (“VOV“). VOV is the registered proprietor of the “VOV” trademark in Singapore. Sky is the operator of a retail department store where “Rose Lady” branded products were sold.

In the suit instituted by Hai Tong in the High Court against Ventree and Sky for trademark infringement and passing off, Ventree and Sky claimed that the products were sold and marketed under the “VOV” brand and the “Rose Lady” sign was not used as a trademark to indicate the origin of manufacture but instead used in a descriptive manner to describe the rosa canina ingredient used in the products. They also denied Hai Tong’s claim in the tort of passing off.

The Court of Appeal determined first the threshold issue of whether the sign “Rose Lady” was used in the course of trade rather than for purely decorative or descriptive purposes. The Court of Appeal agreed with the finding of the High Court that the “Rose Lady” sign was used in the course of trade as a badge of origin. Although the words “rose” and “lady” are common and generic words, their combination produced a distinctive character which does more than merely describing the products, but instead distinguishes the products as to their trade origin. Although Ventree and Sky argued that the real badge of origin, in this case, is the registered “VOV” mark, it does not prevent the “Rose Lady” sign from serving the same purpose. The Court of Appeal agreed with the High Court in holding that a product might have more than one trademark. Secondary product identifiers used to distinguish between product lines of the same manufacturer can function as trademarks if they indicate to the consumer that the product originates from a particular undertaking.

The Court of Appeal then turned to the substantive elements of the trademark infringement claim.

Identity or similarity of goods

With respect to the identity or similarity of the goods, the Court of Appeals noted that Ventree and Sky conceded that the products for which the “Rose Lady” sign was used were identical in nature to that of Hai Tong.

The distinctiveness of the registered mark

In this respect, the Court of Appeal stated that it is not correct to determine the distinctiveness of the “Lady Rose” mark by referring to the words “lady” and “rose” separately. The Court of Appeal held that the juxtaposition of the words in a meaningless way creates a distinctive character to the resulting expression. Rather than having meaning, the juxtaposed words “lady rose” conveyed the sense of a name or an appellation, and as such, were inventive and certainly capable of distinguishing Hai Tong’s goods from those provided by others in the course of trade.

The similarity between the marks

The Court of Appeal noted that contesting marks must be considered as a whole, and any external added matter or circumstances are not to be considered as the comparison is “mark for mark”. The viewpoint to be taken is that of an average consumer who would exercise some care and a measure of good sense in making purchases, not that of an unthinking person in a hurry. It is assumed that such an average consumer has imperfect recollection and only the general impression that will likely be left by the essential and dominant features of the marks are to be considered.

The Court of Appeal agreed with the finding of the High Court that the length, structure and letters used in the textual component of the “Lady Rose” mark and the “Rose Lady” sign are identical. Marks consisting of inverted words are deemed to be visually similar. The Court of Appeal is of the view that reversing the elements comprising the marks and using differentiated fonts and styles are not sufficient to displace the visual similarity between the “Lady Rose” mark and “Rose Lady” sign.

In terms of aural similarity, the “Lady Rose” mark and the “Rose Lady” sign consist of exactly the same syllables and the only difference is the order when they are read. The Court of Appeal stated that the fact that the syllables are read in an inverted order does not prevent the two from being aurally similar.

The Court of Appeal further stated that the two marks are conceptually similar to both evoked the idea of something floral and feminine.

The Court of Appeal noted that there are at least two specific aspects to the element of confusion. The first is mistaking one mark for another where the relevant segment of the public might perceive the infringing mark to be the same as the registered mark. The second is where the relevant segment of the public may well perceive that the contesting marks are different, but would remain confused as to the origin and might perceive that the goods bearing the contesting marks originate from the same source that had only chosen to diversify its range of marks for marketing or promotional reasons, or that the two sets of goods are from sources that are economically linked or associated.

The Court of Appeal found that there was sufficient likelihood of confusion on the part on the public. The Court of Appeal noted that since the “Rose Lady” sign was applied on goods identical to those for which the “Lady Rose” mark was registered, there is no need to inquire into minor differences in pricing or in the manner in which the goods were made available to the public. The differences between the marks with respect to the reversal of two identical words as well as in the fonts or typesetting had seldom (if ever) been accorded any significance by the courts. The rose logo in the “Lady Rose” mark was not a dominant element that could distinguish the same from the “Rose Lady” sign. Hai Tong has used the textual component only in some of its products. In terms of customers, both sets of goods target the same market, namely, women who purchase cosmetic products that are not notoriously exclusive, and the products did not involve such expenditure that would require due diligence prior to purchase.

In a claim in the tort of passing off, the claimant must prove the classic trinity of goodwill, misrepresentation and damage.

Contrary to the finding of the High Court, the Court of Appeal held that Hai Tong’s goodwill was not trivial or negligible. The Court of Appeal noted that customers have been exposed to the “Lady Rose” mark since the 1960s and over the years Hai Tong has acquired goodwill through trading. The High Court considered the sales figures of Hai Tong’s “Lady Rose” products in Singapore (ie. $235,150 in 2009) as “not particularly impressive” and found that Hai Tong’s goodwill was “trivial”. The Court of Appeal disagreed and stated that Hai Tong has developed a sustainable business over a period of more than four decades which constitutes goodwill sufficient for seeking the protection of the courts through action in passing off.

The Court of Appeal further ruled that the element of misrepresentation was made out as it was shown that there was a sufficient degree of similarity between the “Lady Rose” mark and the “Rose Lady” sign and that there was a likelihood of confusion arising in this case.

With respect to damage, the Court of Appeal noted that there was no evidence showing that “Lady Rose” products are of an inferior brand compared to VOV’s “Rose Lady”. With the similarity between the marks and the likelihood of confusion, there was real likelihood of damage to Hai Tong’s goodwill arising from the diversion of sales of “Lady Rose” products if the relevant segment of the public was made to believe that “Rose Lady” products originate from Hai Tong or otherwise connected with Hai Tong.

The Court of Appeal allowed Hai Tong’s appeal against the dismissal of the passing off the claim and dismissed Ventree and Sky’s appeal with respect to the finding of trademark infringement by the High Court.

This case illustrates that a registered trademark may be infringed by secondary product identifiers which may or may not be originally intended to serve as such. Great care must be taken in affixing a sign to one’s products to ensure that the same is not identical with or similar to any earlier mark registered for the same or similar products, especially if the said sign is not purely for decorative purposes.

Further, it appears in this case that in proving goodwill in a claim for passing off, it is the sustained operation of a business over a significant period which is considered rather than volume of sales.

Global trade continually exposes the local market to new products and services whilst providing local businesses the opportunity to venture out to international markets. In coping with international and local competition, we can help our clients establish a strong brand image which provides their business with a powerful means of promoting and marketing their products and services. We can also help our clients safeguard their new inventions, which are inevitably vulnerable to exploitation by others when utilized or marketed.

Our services include processing applications to register trademarks, designs, and patents in Singapore as well as worldwide, through our extensive network of foreign associate firms.

At CNPLaw, we offer integrated IP services to domestic and foreign clients from a variety of business sectors. Additionally, CNPLaw handles litigation of complex IP matters and, in our unwavering commitment to ensure enforcement of our clients’ rights.