Capacity, knowledge and independence – the optimal state of mind when preparing your will

Capacity, knowledge and independence – the optimal state of mind when preparing your will 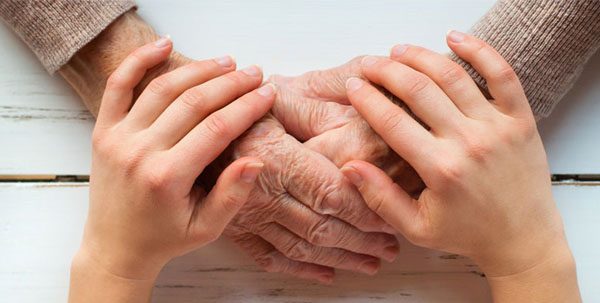 The ‘mental elements’ of a valid Will

Generally, three elements must be satisfied before the testator can be said to possess the requisite testamentary capacity when making a Will. In this regard, the testator must

This article will highlight the practical issues one should consider when making a Will, by extrapolating the best practices found in several seminal decisions, to prevent any challenges to your Will after your demise.

How do you prove mental capacity?

In the recent High Court decision of UWF, the testator had a long history of bipolar disorder which varied in severity and fluctuated over time for some 20 years between her diagnosis and the execution of her will. Similarly, in the case of Muriel Chee, the testator was suffering from an early onset of dementia and loss of memory at the time of the execution of her will. The key question in both cases was whether, despite the existence of a medical condition, the testator nonetheless had the mental capacity to execute a Will.

In other words, even if the testator had a medical condition that impairs the mind, this does not mean that the testator will always not have the requisite mental capacity to execute the Will. Instead, it is necessary to go one step further and examine if the medical condition has the effect of preventing the testator from making a decision. For example, where the testator suffers from dementia, the condition might not have affected his mental faculties to the extent that he lacked testamentary capacity at an early stage of his illness. He could have had moments of lucidity during which he would have possessed testamentary capacity to execute a Will. Similarly, a testator’s condition of bipolar disorder could be in remission at the time of making and executing the Will.[2]

To ascertain the answer, the Courts in both cases had to conduct detailed analyses of the conflicting medical evidence presented by the opponent and propounder of the Will. To avoid such complications, it is especially crucial for a person who is / was suffering from a mental condition to first obtain a medical report from a doctor certifying his mental capacity to make a Will, before executing one. The report should ideally specify that the person:

What is an ‘independent mind’?

The purpose of a Will is to ensure that the testator’s intentions with regard to the matters which he wishes to take effect upon his death are well documented and carried out accordingly. The Will must thus be made of the testator’s own volition and accurately reflect his desires – not anyone else’s. A testator who has executed a Will under the dominant “undue influence” of another party (such that he is coerced into making a Will (or part thereof) which he does not want to make) is said to not have had an independent mind.[3] A Will executed under such circumstances may be invalidated.

As a matter of practicality, a testator can militate against a possible challenge to his independence, by adopting the following measures:

What constitutes ‘knowledge and approval’?

Assuming that the above elements of “mental capacity” and “independence” are met, the mental element of “knowledge and approval” will also generally be satisfied. The reading of a Will to a testator not suffering any mental infirmity would be sufficient evidence of his understanding or knowledge of the contents.

On the part of the testator, he should ensure that before making a Will, he knows:

In this regard, while it is not a requirement that a Will has to be drafted by a solicitor to be valid, the testator should ideally seek a solicitor’s advice in understanding the nuances of the terms and contents of his proposed Will.

The Court in Muriel Chee declared the Will to be invalid as the propounder of the Will failed to show that the testatrix had mental capacity, or that the testatrix understood what was read to her. It bears emphasising the importance of ensuring that all three ‘mental elements’ are satisfied: it is only where a testator possesses testamentary capacity that he has the freedom to do as he wishes with his estate. If any of the elements above are not met, the testator runs the risk of his Will being invalidated.

[3] As examined in the case of UWF

Disclaimer: This update is provided to you for general information and should not be relied upon as legal advice. The editor and the contributing authors do not guarantee the accuracy of the contents and expressly disclaim any and all liability to any person in respect of the consequences of anything done or permitted to be done or omitted to be done wholly or partly in reliance upon the whole or any part of the contents.

Losing a loved one is never easy and as the legal process of obtaining the Court’s grant to administer the estate of your loved one differs depending whether the person left a will or not. Our team will assist you in obtaining a Grant of Probate (where there is a will) or Letters of Administration (where there is no will). We help to ensure that the entire process is as fuss-free and smooth sailing as possible.

A Grant of Probate or Letters of Administration is required in order for the estate to be administered and distributed by the executor or administrator. The distribution will either be in accordance with the terms of the will or if there is no will, in compliance with Singapore law. If necessary, after the Grant is obtained, we can assist clients with calling in the assets. Such assets include real property, bank accounts and shares in private and public companies.

We also regularly assist foreign clients in resealing a foreign Grant which has been obtained in a commonwealth country (e.g. Malaysia and Hong Kong) in the Singapore courts. This authorises and enables foreign clients to deal with the deceased’s assets in Singapore.

In cases where a client domiciled in Singapore has assets elsewhere in the world, we can tap on our network of international partner firms to assist in dealing with such assets.