Beyond the Four Walls of the Employment Contract – Good Faith, Fidelity and Fiduciary Duties 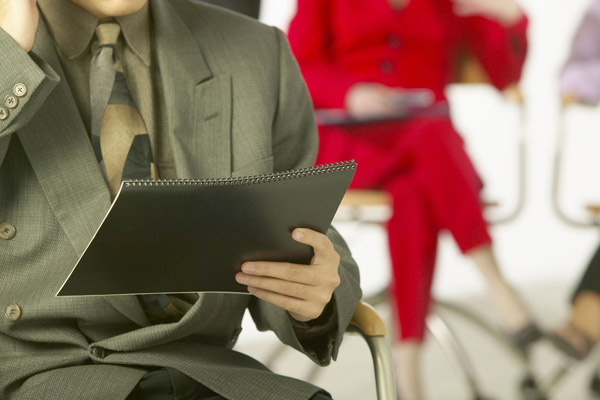 Beyond the Four Walls of the Employment Contract – Good Faith, Fidelity and Fiduciary Duties

In the case of Smile Inc Dental Surgeons Pte Ltd v Lui Andrew Stewart [2011] SGHC 241 (“Smile Inc”), the plaintiff (“Smile”) had employed the defendant (“Dr Lui”) as an associate dentist. Some years into his employment, Dr Lui incorporated his own company, Dental Essence Pte Ltd (“Dental Essence”). A month after incorporating Dental Essence, he resigned from Smile to commence his own business in a location which is within 5 minutes’ walk from Smile’s clinic. Thereafter, Smile experienced a decrease in monthly revenue in respect of the branch that Dr Lui worked at prior to his resignation. Many of Smile’s patients subsequently requested for their dental records and left to become patients of Dental Essence.

As such, Smile brought an action alleging that

Dr Lui had breached the following:

Non-enforceability of the Restrictive Covenants

The Court first examined the express provisions of the employment contract which Smile alleged that Dr Lui was in breach of. The restrictive covenants in question were the geographical limitation clause, the non-solicitation clause and the non-dealing clause. The court found that it was unreasonable to preclude Dr Lui from soliciting patients he had not treated before or deal with Smile’s patients when he did not solicit for them. Furthermore, it was significant that all three clauses were unlimited in the duration of the restriction. Accordingly, the restrictive covenants were void and unenforceable on the basis that they were unreasonable in reference to the interests of the parties.

As the Court found the restrictive covenants to be unenforceable, the Court went on to deal with the implied duties of good faith, fidelity and fiduciary duties owed by Dr Lui to Smile.

Breach of the Implied Duties

Smile claimed that the following acts or omissions by Dr Lui were breaches of the implied terms of his employment contract while he was still employed with Smile:

Dr Lui argued that these steps were merely preparatory steps and he was entitled to compete with Smile after terminating his employment with Smile. As such steps were merely preparatory acts, Dr Lui argued that they did not constitute breaches of fiduciary duty. Smile on the other hand, took the position that even if the steps could be considered preparatory, Dr Lui had breached the implied terms.

The Court considered several authorities on this point and concluded that Dr Lui was not in breach of the implied duties. The Court distinguished between preparatory steps and actual competitive activity. While an employee owed a duty of good faith and fidelity to his employer, the Court was of the view that it would not be a breach of such a duty where the employee merely took steps to prepare to compete with his former employer.

The Intention and Plan to Compete

The Courts maintained that an employee had the right to plan his future before his departure[1], even if this means competing with the employer. The intention to compete is not sufficient to constitute a breach of an employee’s fiduciary duty[2] and merely making a decision to set up a competing business at some point in the future and discussing such an idea with friends and family would not itself be in conflict with the best interests of the company and the employer[3]. As such, the non-disclosure of the intention to compete does not constitute a breach of an employee’s fiduciary duty[4].

Mere preparatory acts to compete are insufficient to constitute a breach of the implied duties of good faith and fidelity[5]. An employee may prepare a place for his business, employ others in such preparation[6], obtain a lease of premises and order materials in preparation to compete against the plaintiff company[7].

In Smile Inc, taking up a lease of premises, committing to renovating the premises, acquiring equipment before resigning from Smile and approaching a former dentist from Smile to join the clinic that he was setting up was not found to go beyond the usual preparatory steps in setting up a company[8].

However, when an employee takes steps to actively compete with the employer, such acts would amount to a breach of fiduciary duty. Acts that amount to active competition include the acts of soliciting the employer’s customers and diverting business opportunities. The misuse of confidential information which constitutes trade secrets are also breaches of the employees’ fiduciary obligations and their implied obligation of fidelity[9].

Position and Job Scope of the Employee

An employee’s position and the role in which he plays in relation to soliciting customers for the employer may be an important factor in deciding whether fiduciary duties arise in the first place. In Smile Inc, since Dr Lui was employed merely as an associate dentist and was not obliged to actively find new patients for Smile, the Court did not find anything special about Dr Lui’s employment by Smile which would give rise to fiduciary duties and therefore, there could not be any breaches of fiduciary duties.

However, where an employee holds a senior position or his position1[10] has a bearing on the employer’s relationship with clients, the Court may find breaches of fiduciary duty and a duty to serve the employer faithfully. This may be found where, for example, the employee’s responsibilities include sales generation and marketing[11].

Implied terms form an integral part of all contracts today, including employment contracts and the Courts will imply terms into contracts to give business efficacy to contracts made between parties.

While breaches of restrictive covenants commonly form the cause of action for employers pursuing a case against their former employees, the breaches of implied terms of the contract can find a cause of action as well. The implied duties cast a wider protective net in safeguarding the employer’s interests beyond the four corners of the employment contract. This cause of action would be particularly applicable where there is no restraint of trade clauses in the employment contract or where the restraint of trade clause would be unenforceable due to unreasonableness.

[10] In Mona Computer Systems (S) Ptd Ltd v Chandran Meenakumari [2011] 1 SLR 310 at [14], the High Court also noted that the seniority of an employee’s position would give rise to fiduciary duties.

Huimin is a Senior Associate with the firm’s Dispute Resolution team and Family Law team. She was called to the Singapore bar in 2012. Her main area of practice is general civil and commercial litigation. She has been involved in various civil trials and hearings before the State Courts, the High Court and the Court of Appeal of Singapore. Find out more about Huimin and read about the CNPupdate articles that she has contributed, showcasing her expertise in this field of practice, one in particular – Amendments to the Mental Capacity Act.

Employment disputes are usually sensitive in nature, emotionally charged and can affect the reputation of the parties involved. While knowledge of the applicable employment laws and regulations is important, we recognise that empathy is key to being effective in this area of practice and we have considerable experience advising a range of clients, including listed and private companies and directors, on a spectrum of employment disputes, such as breaches of contract, wrongful dismissals, breach of fiduciary duties, and the enforcement of non-compete covenants.